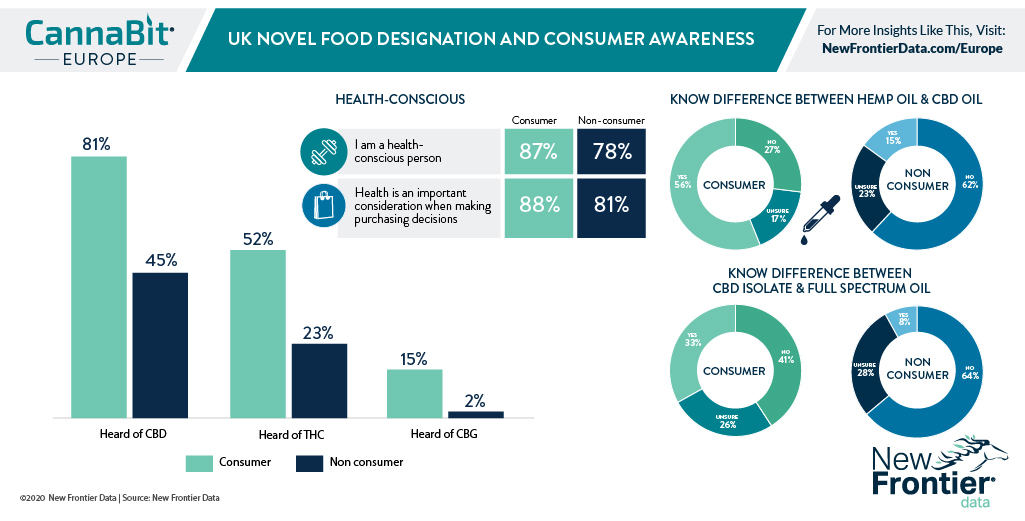 While CBD has enjoyed growing attention from consumers in the European Union, there remains regulatory uncertainty when it comes to which products and forms the cannabinoid can take. CBD is available in a wide variety of forms; consumable and CBD-infused products have been increasingly popular with consumers. To address some of the uncertainty, CBD products in the United Kingdom (U.K.) will soon be subject to a novel foods designation requiring compliance including a safety assessment and authorization from the Food Standards Agency. Companies endeavoring to continue selling their products in the U.K. must submit applications before the end of March 2021.

The application’s requirements include details of ingredients,  production process, composition of the food, stability data, history of use, proposed uses, use levels and anticipated intake, details of absorption, distribution, metabolism and excretion, nutritional information, toxicological and clinical data, and allergenicity. Frederick Hendriksen, Mile High Labs’ VP of international sales & business development, noted that an application should be validated within 30 to 90 days (depending on its complexity) in order to maintain compliance before the deadline, and to keep products on the shelves. After validation, full approval of the application could take quite a bit longer.

Meeting the application deadline may be particularly challenging for full-spectrum and broad- spectrum producers, as they will need to identify and provide details about their primary ingredients as well as any minor cannabinoids present in their products. It may prove to be challenging to provide research on such minor cannabinoids, as there has been comparatively little formal research on the substances to fully understand their effects and underlying mechanisms.

Public awareness is certainly a challenge. While most CBD consumers consider themselves as health-conscious in their purchasing decisions, they are generally less informed about distinctions between various cannabinoid-infused products. More than half of CBD consumers claimed to know the difference between hemp oil and CBD oil; slightly more than one-third reported knowing the difference between CBD isolate and full-spectrum oil. Nonconsumers are far less likely to make similar claims.

Awareness of the more popular cannabinoids (i.e., CBD and THC) is relatively high with consumers, though there is a distinct lack of awareness of minor cannabinoids that — for various reasons — have not yet established a market. CBG, for example, was recognized by no more than 15% of consumers and 2% of nonconsumers. Thus, while some companies aim to prove their products’ safety and keep them on the shelves, consumers may lack a deeper understanding as to why they might be under scrutiny.

The global impact of the novel food designation remains to be seen. It was unlikely (even before Brexit) that the rest of Europe would readily or simply adopt the U.K.’s policies for CBD in food. The United States — despite federal prohibition — has more established CBD markets among several states allowing for CBD food products. While the FDA has recently taken action against CBD producers making unverified health claims, the broader implications for the CBD market and any risk of sweeping federal regulatory standards remain to be seen.