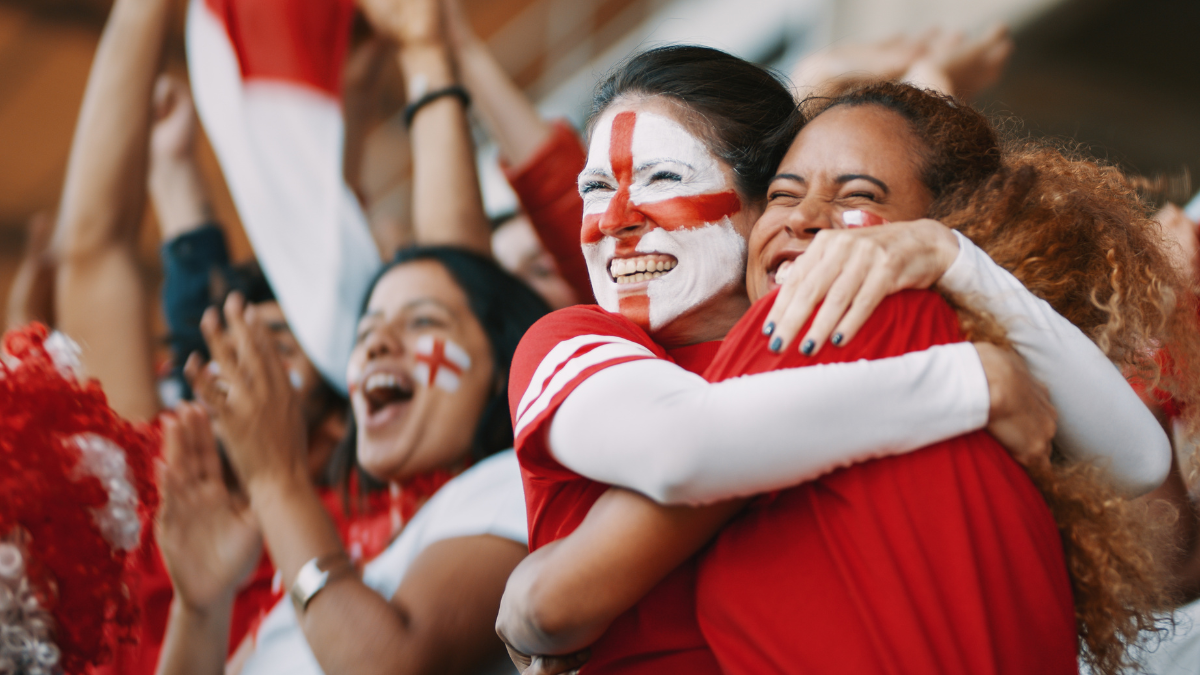 Between mounting political divide, clashing ideology and a seemingly ever-growing list of national crises, it’s clear that the nation is divided.

But, when England’s Lionesses secured a historic victory at the Women’s Euro 2022 final earlier this year, millions came together to cheer on the squad.

Now, after defeating Germany 2-1 in a heart-racing victory and securing our first major trophy since the World Cup in 1966, the champion team is facing a new kind of challenge.

In a letter to Rishi Sunak and Liz Truss, the Lionesses revealed that just 63 percent of young girls are able to play football in PE lessons…a fact that they said needs to change.

The document said: “Woman’s football has come a long way; but it still has a long way to go.

“The reality is we’re inspiring young girls to play football, only for them to go to school and not being able to…but this generation deserves more.

The letter followed shocking new evidence from England Football, which showed just 44 percent of secondary schools provide equal access to the sport for boys and girls.

It also comes after the Department of Education refused to guarantee girls the same amount of football in school, instead saying they should be offered ‘comparable’ options like netball and badminton.

The document – written as both Sunak and Truss were battling it out for the keys to Number 10 – urged the future PM to ‘make a difference’ for young girls up and down the country.

Signed by all 23 members of the winning Lionesses squad, it called for a minimum of two hours per week of PE for girls.

The letter also urged the government to provide more investment and resources for female PE teachers, stressing that we shouldn’t just give girls access to football, but also support the ‘key role models’ from which they can flourish.

It said: “Throughout the Euros, we spoke as a team about our legacy and goal to inspire a nation; many will think this has already been achieved, but we see this as only the beginning.

“We have made incredible strides in the women’s game…but we want every young girl to be able to play football in school.

“This is an opportunity to make a huge difference, a change that will impact millions of young girls lives.”

It concluded: “We – the 23 members of the England Senior Women’s Euro Squad – ask you to make it a priority to invest into girls football in schools, so that every girl has a choice.”

After receiving the letter, spokespeople for both Truss and Sunak released official statements, with the two candidates pledging to address the issue of gender and football.

Truss ‘committed’ to an investigation into what was preventing schools from delivering the two-hour PE minimum to girls, while Sunak said he would launch an ‘immediate review’ into women’s football if made PM.

And with Truss recently winning the leadership and Prime Minister election with more than 81,000 votes, time will tell if she follows through on her promises.

The Lionesses’ impassioned plea has inspired a chorus of people demanding equal access to football for girls.

The letter received an impressive 36,000 likes on the team’s official Twitter alone, with thousands supporting the call for change.

·      “It’s so important for girls to get to play football as well – I enjoyed netball but it isn’t something you can turn on the BBC/ITV and see played every Saturday afternoon. Girls are being told on the regular that it “isn’t for them”.”

·      “So proud of the lionesses. An important open letter to the future PM. Great to see the team use this moment to champion the importance of PE and sport in schools.”

·      “Everyone is so proud of their achievements! Now it’s up to us all to capitalise on what they have started and make sure that nobody misses out or gets left behind! Oh and to the @Lionesses we thank you for starting this movement!”

·      “In primary school, I was the only girl who played football. Went to after-school sessions full of boys & felt I have to prove I belonged. Played for 3 clubs & all folded due to lack of players. There were no more local teams, so that was the end. Proud to see how far we’ve come.”

·      “Primary school me who had to join the netball team because i wasn’t allowed to play football with the boys is crying right now.”

Cancel reply
Man-Made Trash Found on Mars
Is a new hangover tablet too good to be true?