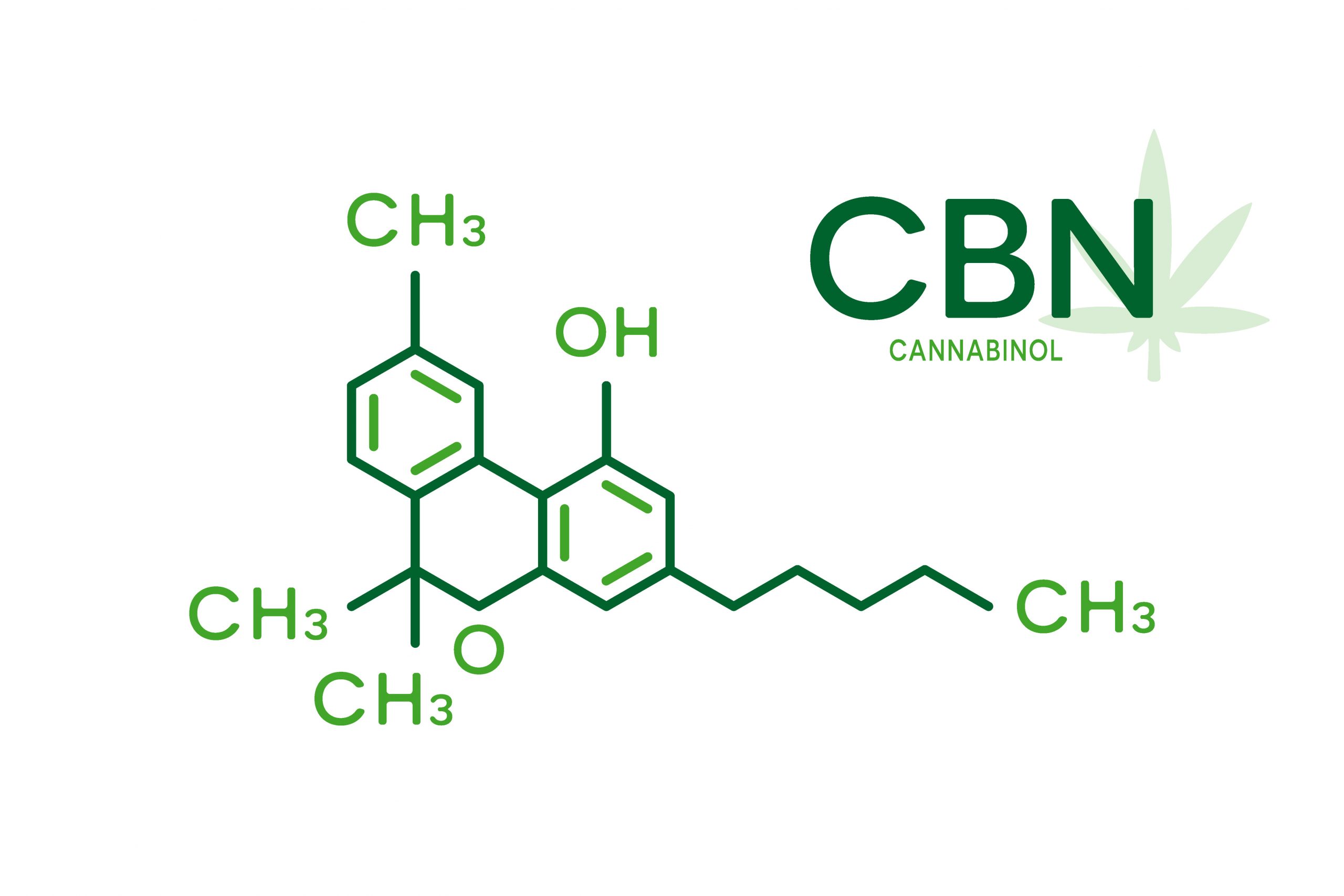 You may be familiar with CBD and THC by now, but have you heard about CBN? We examine this cannabinoid and see what potential benefits it could have.

(Cannabinol) CBN is a compound found in cannabis plants. There are lots of different cannabinoids, including CBD, which have been discovered by scientists and may be helpful for different conditions.

Unlike CBD, Cannabinol (CBN) is created when THC ages, which means it can be found in older plants. THC will slowly turn into CBN when exposed to heat and light.

As the THC breaks down and becomes oxygenated, it creates this other cannabinoid derivative. Although this was originally considered a byproduct of the psychoactive parent cannabinoid THC, CBN is now being recognised for its potential benefits as a standalone compound in itself.

Any products that contain even trace amounts of THC, THC-V, THC-A or CBN are illegal in the UK and elsewhere. This is because both are controlled substances under the Misuse of Drugs Act.

According to guidance from the Home Office, if a CBD product contains traces of any controlled substance, it is probable that the product would be deemed illegal. This is the case with some products marketed for their full spectrum oil ingredient.

Full spectrum products contain CBD and a range of other cannabinoids, said to increase the efficacy of the product by way of an ‘entourage effect.’

“If a CBD ‘product’ contained any controlled cannabinoids, unintentionally or otherwise (e.g. THC or THC-V), then it is highly likely that the product would be controlled.”

How is CBN different from CBD?

CBD can be helpful for anxiety or issues such as depressions, inflammation and insomnia. THC, in comparison, may be used for conditions such as post-traumatic stress disorder (PTSD) or seizures, where such medicines are legal. There are at least 110 different cannabinoids known to scientists, each with a unique potential.

What are the benefits of CBN?

Studies have shown that it could be potentially antibacterial much like CBD and Cannabigerol (CBG). It has been tested against strains of MRSA bacteria that are antibiotic-resistant.

CBN has often been associated with sleepiness. However, there is very little research to confirm this is the case. One study from 1975 backs this theory but it appears to be more anecdotal. It is thought that older cannabis plants could potentially make people feel sleepy, which is where this may have come from. More recent studies and studies on humans are badly needed.

A study conducted on rodents showed that CBN could help to stimulate the appetite. This means it could help HIV or cancer patients that are struggling with their appetite because of their condition or medication. Results from the study showed it helped the subjects to eat more food over a longer period of time. Some patients may struggle with consuming THC because of its intoxicating properties which would make this a healthier alternative for them.

CBN may be neuro-protective. A study conducted on rodents showed that it could help to delay the onset of a condition called amyotrophic lateral sclerosis (ALS). This is a degenerative disease that affects the brain and spinal cord. In the UK, ALS is known as Motor Neurone Disease.

A recent study suggested that CBN may help to reduce the symptoms of ADHD. The study took adult ADHD patients who had an ADHD diagnosis and a license for medical cannabis. It asked participants to record their ADHD, sleep and anxiety patterns using questionnaires. Some of the 59 adults in the study were on higher doses than others. The results showed that of those on the higher dose, there was less medication use. Those on the lower doses recorded less anxiety. This was a small scale study and further investigation is needed before any definitive findings could be made.

Find out which CBD product could work best for you

Cancel reply
Does CBD protect your brain?
What is the difference between broad and full spectrum CBD?