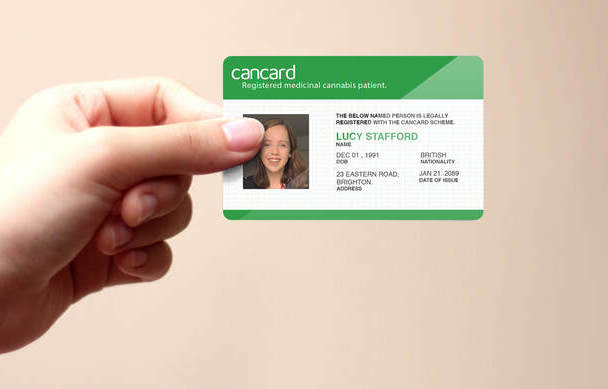 The Cancard, Britain’s new medical cannabis user card created by patients for patients, will not be ready on time.

The crowd-funded initiative was due to welcome patient applications from November 1, but is now expected to be rolled out by the end of the month instead, according to the scheme founder.

The card is set to help more than one million people in the UK by affording them medical cannabis patient status. It is hoped that in doing so, the identity card will lead to fewer arrests of by police.

Designed by medical cannabis patients in collaboration with senior police officials, Cancard was set to be available on the second anniversary of the legalisation of medical cannabis in the UK on November 1.

Medical cannabis patient and lobbyist Carly Barton is the founder and lead developer behind Cancard. In a five-minute video to her followers, she explains why the delay is now inevitable.

In the video, Ms Barton says:

“Unfortunately, during the past couple of weeks I have had some significant health issues which have dragged the project behind.

“I am sorry to announce that we will be delaying for a couple of weeks while we catch up.

“We are all volunteers and we all have chronic health issues, so I am really hoping that the community understands that some of this has been completely unavoidable.

“The good news is that we are prepping, still, for a November launch.”

Related: Learn more about Medical Cannabis in the UK here…

The initiative has been developed with the backing of active MPs, GPs and high-ranking police officials, and is seen as a landmark development for the estimated 1.4 million medical cannabis patients across the UK.

The holographic photo ID card which has been developed in collaboration with GPs and is verified at each patient’s surgery.

The card has been created for people who suffer from conditions that private healthcare clinicians have been prescribing medical cannabis for since the reform of the law in 2018.

Such treatments are currently unavailable through the NHS and remain beyond the means of all but a few patients.

Those eligible and in possession of a Cancard will be able to identify themselves to police as verified medicinal cannabis patients and will have access to an open source legal defence provided by Cancard should they require it.

As of September 9, patients have been able to register interest in the scheme in order to be one of the first to officially apply in November.