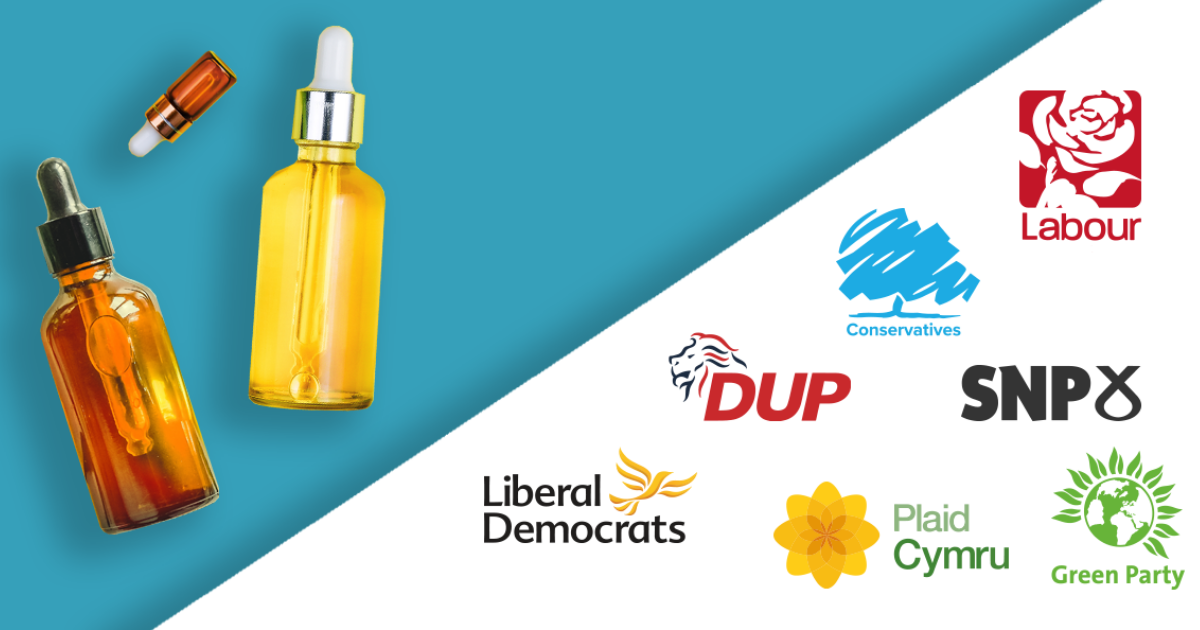 The general election is just over a week away. We examined the manifestos of the major parties to see where they stand on the medical cannabis issue

The Labour Party wants to ensure that ‘the UK continues to lead in medical developments,’ by keeping the NHS at the forefront.

“[The party] will progress clinically appropriate prescription of medical cannabis.”

Labour has also promised to follow in the footsteps of Scotland by abolishing prescription charges.

They will also establish a generic drug company to allow the government to secure access to generic versions of patented drugs at a fair price.

The Liberal Democrats want to implement a regulated cannabis market in the UK.

The party has made provisions to encourage more clinical trials to establish a clear evidence database for medical cannabis.

“We will help to break the grip of criminal gangs by introducing a legal, regulated market for cannabis.

“We will introduce limits on the potency levels and permit cannabis to be sold through licensed outlets to adults over the age of 18.”

Party leader Jo Swinson admitted to smoking cannabis while she was at university.

The Green Party of England and Wales

The Green Party wants to end the War on Drugs, stating that ‘government needs to strike the right balance between responsible adult drug use and the potential harms of problematic use.’

In terms of cannabis, their proposal is similar to the Liberal Democrats, stating:

“Cannabis will be sold subject to minimum unit pricing and plain packaging.”

The party would allow licensed Cannabis Social Clubs where the drug could be cultivated and consumed. Adults would be permitted to grow a number of plants at home.

The Conservative and Unionist Party

The Conservative and Unionist party Manifesto for 2019 makes no mention of medical cannabis at all.

The party oversaw the legalisation of medical cannabis in November 2018. However, thousands of patients have struggled to access it.

Gibbs previously worked for the Centre for Medical Cannabis (CMC) and Volteface.

Much like the Conservatives, the Scottish National Party (SNP) manifesto contains no mention of medical or recreational cannabis.

Their manifesto does contain a lot of information on how they want to reform the UK’s drug policy. However, there are no specific mentions of cannabis.

The Plaid Cymru European Election Manifesto makes no reference to either medicinal or recreational cannabis.