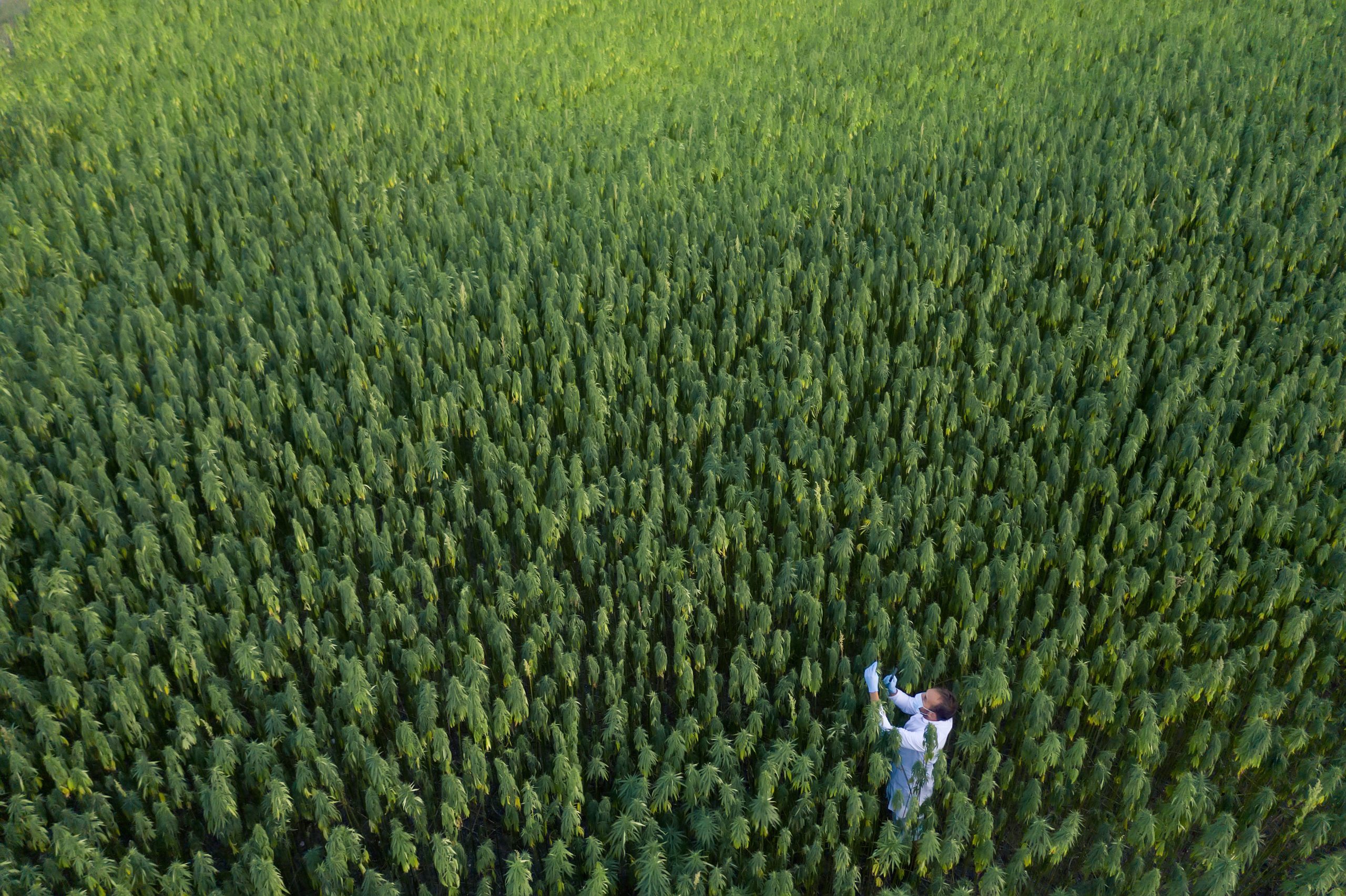 Column | The Solution to Unlocking the UK’s Hemp Industry

The UK CBD market is currently worth £300 million and is estimated to reach around £1 billion by 2025. Yet, British farmers are excluded from this booming industry. Pre-Brexit EU rules do not allow farmers to harvest the leaves and flowers of hemp, which are a necessary source of CBD.

Farmers currently earn approximately £20,000 from the stalks and seeds, but have to burn the valuable leaves and flowers that have an estimated value of £100,000 for CBD products. Although non-psychotropic, the policy is stuck under the Misuse of Drugs Act 1971, despite CBD being widely available for sale in high street retailers.

It is nonsensical that the UK currently imports tens of millions of pounds of CBD from other countries, instead of domestically growing CBD. British farmers are stuck in a paradoxical situation, losing out on the ability to grow such a versatile and valuable crop.

Paul North, Director of Volteface says this is ‘embarrassing’ for the UK.

“It is embarrassing that the UK has an industry which is currently worth £300 million, but British farmers are not benefiting from it. The CBD market must be embraced, and British cultivation would provide the UK a major growth industry to help the UK bounce back during the Covid recovery. Let’s back British farmers and make changes to this pointless, draconian situation.”

The issue is linked to EU-policy, which the UK is no longer bound to. The majority of CBD in the UK is imported from Switzerland, who is not bound by the EEA and the only European country allowing a threshold of 1% THC compared to the EU’s 0.2% threshold.

Louise Motala is Managing Director of Bridge Farm, the leading producer of ornamental plants, flowers and herbs in the UK. . She says the current requirements are ‘hard to comprehend.’

“This is a high growth sector, yet all the CBD in consumer products sold in the UK is imported and produced to varying quality standards. It is hard to comprehend, especially in a post Brexit era, why it is legal to import CBD into the UK, yet British businesses are not permitted to produce CBD commercially. We have real expertise in cultivation and extraction in this country, a change in policy to open up this valuable market and allow production will enable UK businesses to make the most of this global opportunity.”

A solution to unlocking the UK’s hemp industry has been presented in ‘Pleasant Lands’, a newly released report coordinated by Volteface.

Pleasant Lands has set out a solution to the UK’s backward hemp legislation with a simple policy amendment. The report has been written by leading licensing barrister of Francis Taylor Gary Grant, leading cannabis solicitor, Rob Jappie of Ince, and Lily Temperton of cannabis consultancy Hanway Associates.

Rob Jappie, Partner at Ince Gordon Dadds, has called on the Home Office to open its mind to hemp in British agriculture.

“We urge the UK Home Office to grasp this opportunity to make hemp cultivation, along with utilisation of the entirety of the plant, a central part of British agricultural policy.  Doing so would empower British farmers, boost the UK economy, and protect the environment. There are no downsides here, and we hope that the recommendations in our report will be given serious consideration.”

Leaving the EU opens an opportunity for the UK to imitate the Swiss guidance, and allow British farmers to cash in now legal sovereignty lies with the union and not the EU. Pleasant Lands proposes a simple amendment to policy, without the need for primary or secondary legislation. A simple written request from relevant Secretary of State, Priti Patel alongside government backed investment could bring in much needed tax revenue from an industry that is forecasted to continue growing.

Changes to legislation have economic and environmental benefits, boosting the government’s promised green recovery. Hemp is a niche crop and growing it would create a number of rural skilled and low-skilled jobs, benefiting rural communities.

“The current regulation of hemp in the UK prevents economic growth and limits commercial prospects for UK companies. Embracing the high value crop by widening its permitted uses will create new jobs and infrastructure, boost the economy and allow UK farmers and businesses to compete with their European counterparts.”

The UK is now in a situation where it is in danger of missing out of a hugely profitable industry and a huge demand for cannabinoid products. Every month that goes by, farmers are being left out of the global industry with immense amounts of jobs and benefits to the rural economy and the environment. This simple change to legislation would open the UK’s medical cannabis and CBD market further, coming just months since the London Stock Exchange listings.

Cancel reply
Have YOU considered a career in cannabis?
Floating on success: the CBD market in the USA