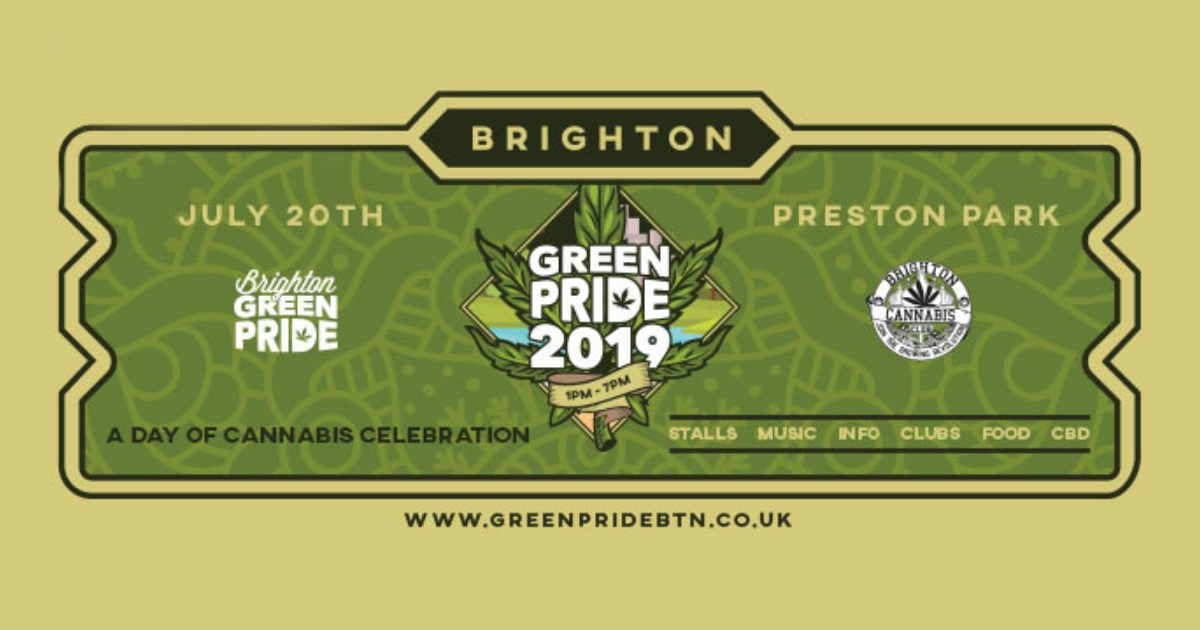 Brighton’s Green Pride will return for a sixth year on July 20.

Hosted by the Brighton Cannabis Club, the event will run from 1pm until 7pm at Preston Park.

CBD and hemp businesses will sell their goods while cannabis campaign stands will be handing out information and educating attendees.

The Brighton Cannabis Club explained on the event’s social media:

“We are an organisation actively supporting the legalisation campaign locally by promoting the Spanish style private social clubs that would allow for members to consume privately.

“We believe that a local and community led organisation will allow for a fair and friendly solution to cannabis prohibition and keep the power in the hands of the people”.

Music and food will also play a part in the event described as ‘a day of cannabis celebration, pride and unity’.

Last year there were 60 stalls and almost 5000 people joined in on a ‘day of peaceful green civil disobedience.’

“Cannabis consumers, activists, patients and enthusiasts please join us on July 20th at 1pm in Preston Park and unite against prohibition!”