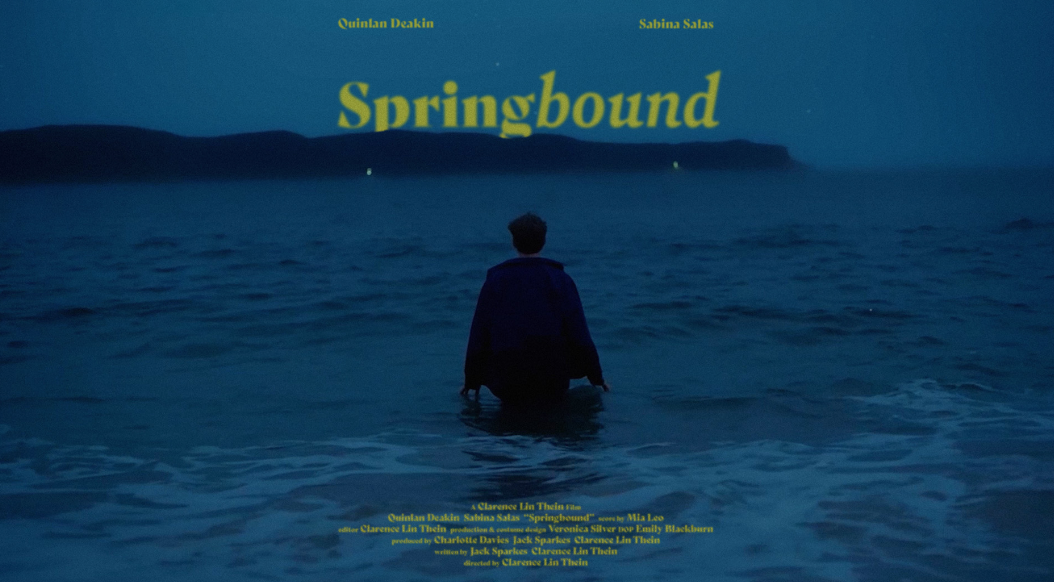 Clarence Lin Thein gives a look behind the lens at his cinematic exploration of isolation and human connection ‘Springbound’.

The CANNAVIST recently gave its wellness mission a blockbuster boost with the launch of its inaugural ‘Green Screenings’ film festival.

The virtual event was a silver screen exploration of mental, physical and environmental health, showcasing projects from directors across the globe.

And while the viewing schedule was packed with outstanding short movies, there was one project that put in an absolutely stellar performance.

We recently sat down with Green Screenings’ stand out star and winner of the ‘Best Short’ award Clarence Lin Thein to for a deeper insight into his film ‘Springbound’.

First of all, how does it feel to win The CANNAVIST Green Screenings’ ‘Best Short’ award?

In a word? Elated.

A lot of us involved, including myself, didn’t have a lot of experience in making films at the time, so having this film win ‘Best Short’ at the Green Screenings was exciting for all of us.

In our exclusive online interview, you took our viewers through the conception of the film… could you give our readers an insight into the inspiration for Springbound?

A month after I started university, I met a group of people who were doing the same media degree as me…but other than that, we didn’t really know a lot about one another.

One day, this group organised a house party; people got drunk, people got rowdy and, as the night went on, we all huddled up on a trampoline.

In the end, we not only left the trampoline as friends, but also with an idea for a movie that eventually became Springbound.

What was the creative process like, were there any highlights, any regrets, any unexpected surprises and, of course, any bumps in the road?

At the time of production, COVID was re-emerging here in Sydney, so almost everything other than the actual filming had to be done through Zoom or Discord.

From writing sessions to auditions, table reads and meetings, the whole process had a different pace and vibe, but it kind of worked out in the end.

Since all of us lived in different areas – some quite far away from one another – being online actually saved time…COVID kind of shifted the workflow.

By far, my favourite moment of Springbound was the overhead shot, which saw the main boy – Tommy – settle into his loneliness as the credits rolled.

As director and mastermind of the project, did you have any particular favourite shots or moments?

That shot is great, but I can’t take all the credit. Both myself and my co-writer Jack actually had the same image in our heads for that scene.

I actually loved the shot at the beginning of the film, when the house is split into quadrants and you can actually see something interesting going on no matter where you look in the background.

Whether its Tommy standing alone outside, the couple taking a moment to celebrate good news or partygoers dancing, the shot has a lot happening visually.

Another one I love is when ‘The Girl’ is lying down on the trampoline and there are fairy lights beneath her that look like stars.

I’m certainly not the first to point out the similarities between Spingbound and cult classic ‘Scott Pilgrim vs The World’…were there any other films that you drew from when creating the project?

Scott Pilgrim vs The World was definitely a big one, but we drew inspiration from other films such as The Edge of Seventeen and The Perks of Being a Wallflower.

We wanted to take on the coming-of-age genre and almost subvert certain tropes in order to create a somewhat more realistic feeling film…I hope we succeeded with that.

As both a filmmaker and a movie fan, are there any upcoming releases that you are particularly excited about?

I’m also excited for ‘Glass Onion: A Knives Out Mystery’, ‘Avatar: The Way of Water’ and ‘Dune: Part Two’…a lot of sequels.

Springbound has seen a massively positive reception from our Green Screenings audience and beyond, is there anybody you want to thank for their involvement in the film?

It might just seem cliché, but I’d just like to thank everybody; everyone who worked on this film, who watched the film, who liked it and disliked it.

Thank you to everyone who believed in Springbound and believed in me…I especially want to thank my mum; I wouldn’t be doing this without her support.