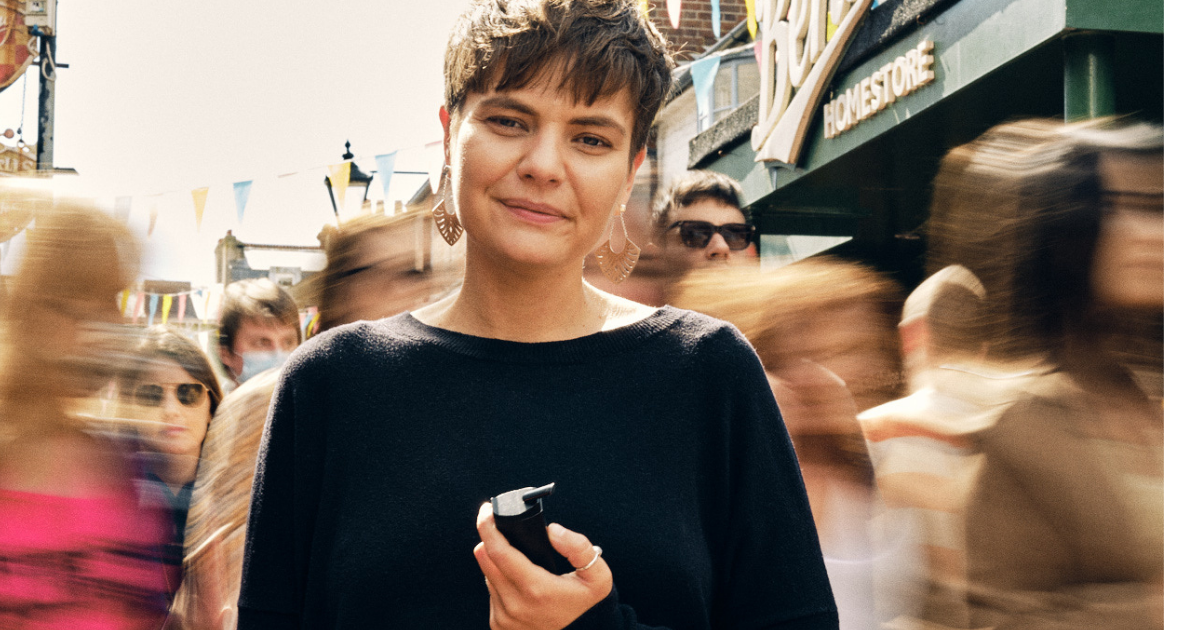 Almost all instances of stop and search of patients carrying a Cancard have resulted in no arrests since the cards were introduced earlier this year.

In an interview with The CANNAVIST four months after the first holographic ID cards were rolled out across the country, campaigner, patient and Cancard founder, Carly Barton, said 90 out of 93 stops by police have resulted in no arrests, with patients able to keep their medication.

Thousands of Britons have signed up to the Cancard initiative since it was first announced in September 2020. The idea is for cardholders to identify as patients of medicinal cannabis by presenting the card to police when stopped.

The latest figures show that 24,500 people have applied for a card. These numbers and success of the initiative on the streets show that the card is working to prevent the criminalisation of patients.

Cancard allows police officers to exercise discretion if they approach someone using cannabis for medical reasons. Patients can register for a card if they have a qualifying medical condition. They will need to provide a summary of care from their GP. The card has been designed with doctors and has the public backing of several senior police representatives.

Success on the streets

Carly Barton is one of the most prominent medical cannabis activists in the UK. She founded Cancard in the hopes of changing the police-patient experience where cannabis is concerned. She is overjoyed with the latest figures which prove the card is working to prevent arrests and allows patients to keep their medication.

“We’ve been ready to move since January so since then we have had 24,500 registrations across the UK. So far, there have been 93 stops and 90 of those have been left in charge of their medicine with no further action taken.”

She explains how Cancard are notified about police searches.

“People can add their card to their phone and show a police officer the verification. They can also log in to the website. The majority of stops are reported to us because the police will often ring our helpline to check the database. If a card is presented, the police can call and check the register to see if the card is real. After that, we are seeing that they are letting their patients go without any further issue.”

Read more: Find out if you are eligible for the UK’s new medical cannabis card

Patients sharing the application process online in social groups for different conditions has led to a spike in interest, Carly says.

“I think some people were concerned about legitimacy when it started. We had a load of people apply, then we had a lot of registrations that didn’t finish the card application. I think people were hanging on to see if this was really real.”

She adds that while the causes for applications are varied, there are certain conditions that appear more frequently. Mental health and chronic pain are among the main reasons why people in the UK are using cannabis medicinally, according to Cancard database.

“The conditions we see are super varied. I think it’s hard to track this because someone in a big MS group on Facebook may share Cancard, then we see the MS numbers go up so we have to track where that is coming from. I think the two main areas at the moment that we are seeing big numbers for are PTSD and mental health. Neuropathic pain is another big area and probably our biggest at the moment.”

Read more: Task force to report on medical cannabis sector prospects to No. 10

When stopped by police, patients can experience fear and anxiety. As the patient stories reach the Cancard team, it can make for very emotional reading as Carly describes:

“I have to take a deep breath when stuff comes through to me when people are stopped. I know there is stuff that is going to make me emotional. A lot of these people through no fault of their own are really struggling with their health and they are in fear of the very people who are meant to be protecting them for taking something that has been helping them. There is fear when they are stopped by a police officer but relief that comes after they have been legitimised and allowed to continue.”

The reaction from cardholders has been overwhelmingly positive, which is reflected in the number of applications. But while there is positive feedback from police and patients, there has been some push back from mainstream medical groups.

In April, the British Medical Association and the Royal College of General Practitioners said that while they support the use of cannabis-based medicinal products under the supervision of specialist clinicians, they do not support the scheme to provide ID cards for people who qualify for a legal cannabis prescription.

In a statement, they said they could not support the use of the Cancard, ‘nor the suggestion that UK registered GPs sign a declaration confirming a diagnosis in order for the card to be issued’. On this, Carly says:

“There was a bit of push back from the British Medical Association because we use GPs as an option to confirm conditions. There are two ways a patient can verify that they have a medical condition. We can either mail the GP or the GP can tick a box and say that the person has the condition. That’s immediately verified on our system. They can call the GP’s receptionist and get a summary of care which avoids the patient having to engage with their GP. It’s an issue at the moment because the NHS guidelines for certain services like mental health support deems you ineligible for funding if you are taking medical cannabis.”

She adds that the summary of care gives the team everything they need to know about a patient’s medical history.

“The summary of care from the GP has everything we need on it. The only real resistance has been the British Medical Association don’t like the fact that GPs are confirming because it’s an unlicensed medication. There is quite a lot of institutional stigma I think.”

Cancard continues to grow and has now introduced an informative, regular newsletter. With patient numbers on the rise, what’s next for the initiative?

“We have so many ideas. I think the issue with the whole situation with cannabis is that people steamed ahead and made assumptions about what patients needed. I don’t think anyone has ever stopped and gone, tell me what you want or need. No one has asked the people that matter. I want to do a big survey and use those 24,000 people. I think it’s essential that we consult with the people who this affects and ask them, what do you want us to do next?”

Carly has designed a patient census that will give the team ideas of how to support patients in the future.

“We are going out with a big patient census which will ask them what their current issues are. If possession is sorted for you, then what else are you concerned about is, is it social services? Housing? Job testing? What else can we work on? There are some really cool projects coming up that we are doing this summer around families and destigmatising cannabis.”

While Cancard is currently only available in the UK, there are calls for it to go further afield. Carly says she has received emails from patients all over seeking the same scheme abroad. However, she wants to get the UK system right first.

“We’ve been looking at Ireland and the Channel Islands. But we’ve been getting emails from New Zealand, Australia and all over the world. People are asking if we can bring it over there. There are lots of things here that I would like to do first such as making the process more disability-friendly.

“Before we look into other countries or for the process to potentially expand, I want to make sure I am not missing a trick with the process and that it’s running smoothly. If we can help people in other countries, then I’m down for that.”

Cancel reply
More UK patients to benefit from medical cannabis thanks to new capsule.
Professor David Nutt: Lack of medical cannabis access ‘one of the great failures of medicine of my generation’