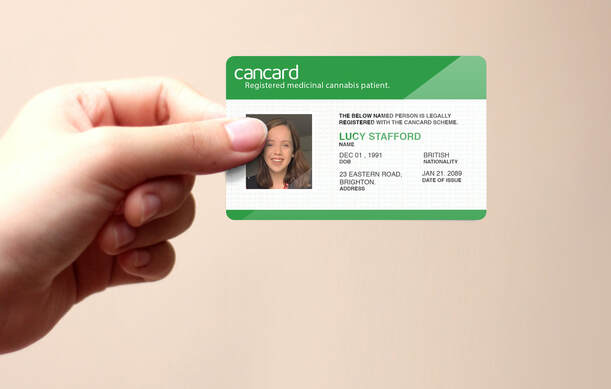 Over one million British adults will be eligible to apply for a new exemption card called Cancard from November this year.

Designed by medical cannabis patients in collaboration with senior police officials, Cancard will be available on the second anniversary of the legalisation of medical cannabis in the UK on November 1.

The initiative has been developed with the backing of active MPs, GPs and high-ranking police officials, and is seen as a landmark development for the estimated 1.4 million medical cannabis patients across the UK.

Backed by the Police Federation which represents every rank and file police officer in the country, with a working group that includes senior officers from organised crime and the National Police Chiefs Council, the new scheme is set to highlight both the inequity of access to medicinal cannabis and the near constant fear of those who regularly use cannabis for its therapeutic effects.

It also highlights the difficult position that frontline police officers are often confronted with when enforcing possession offences since the medical cannabis law changed in 2018.

Cancard will take the form of a holographic photo ID card which has been developed in collaboration with GPs and is verified at each patient’s surgery. The card has been created for people who suffer from conditions that private healthcare clinicians have been prescribing for since the legalisation of medical cannabis. Such treatments are currently unavailable through the NHS and remain beyond the means of all but a few patients.

Those eligible and in possession of a Cancard will be able to identify themselves to police as verified medicinal cannabis patients and will have access to an open source legal defence provided by Cancard should they require it.

As of September 9, patients can register interest in the scheme in order to be one of the first to officially apply on November 1.

Cancard was conceived by Carly Barton, one of the UK’s most prominent advocates for medicinal cannabis law reform. Commenting on the launch, Ms Barton, said:

“We all know that cases where patients have proved legitimate medicinal use are unlikely to make it to court, and if they do these cases are consistently dropped… There is an opportunity to provide something that changes this by way of providing a service that benefits both the patients and the police. Cancard should give patients peace of mind and police confidence in using their discretion before any stress has been caused to vulnerable people.”

Support from Westminster has poured in, with the Baroness Molly Meacher, House of Lords, throwing her support at the initiative.

“More than a million patients will at last be free from the fear of arrest for taking their cannabis medicine to relieve their pain or suffering, thanks to the Cancard.”

“The initiative is a welcome step forward that provides necessary immediate relief and I look forward to even further progress to ensure this medicine is legally available to all who need it.”

Click here for more on Medical Cannabis in the UK

What do the Police think?

Simon Kempton is a serving Police Office in Dorset. He is also Operational Policing Lead and a member of the National Board of the Police Federation of England and Wales. He says initiatives like Cancard serve the best interests of serving officers, as well as patients.

“I did not join the police to arrest people who are simply unwell and trying to manage their symptoms or pain. In fact I joined to help people in that position. Initiatives such as Cancard are important because they give police officers vital information which they can use when they have to make decisions on the street.”

Martyn Underhill, Police and Crime Commissioner for Dorset said he believes the carded system will give patients peace of mind that their health does not warrant a criminal record.

“More than a million patients in the UK qualify for a private cannabis prescription for a range of conditions, but sadly many of them cannot afford this and so could face criminalisation if they are found in possession of what to them is a vital medicine.

“The Cancard will provide them with assurance that their ill health will not lead to a criminal record, while it will also be a valuable tool to help frontline officers, saving them time by providing immediate verification of genuine medical patients and therefore giving them confidence to use their discretion.”

“No one wants to see a patient in custody”.

For more about the new Cancard scheme, and to find out if you are eligible to receive a Cancard through your GP, visit the official website.