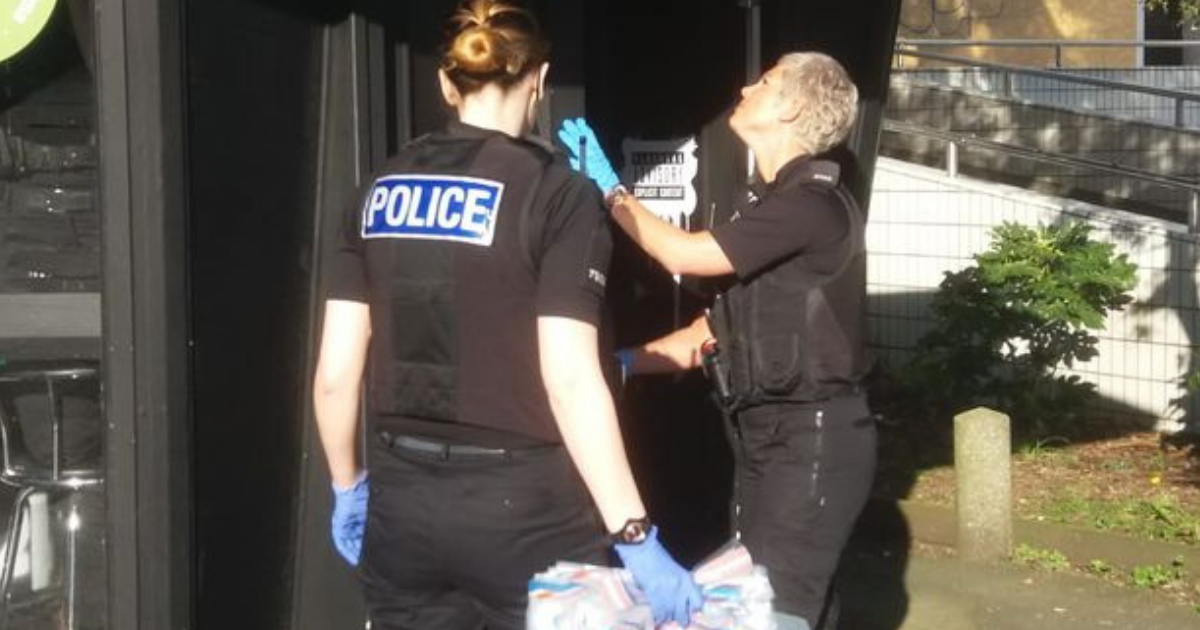 A 35-year-old man and a 25-year-old woman were arrested on suspicion of supplying Class-B drugs on Wednesday morning after police executed a search of a CBD shop and a residential property in the Plymouth area.

The man was also arrested on suspicion of money laundering.

Officers swooped in on the residence just after 7.30am, where they obtained keys for the Holy Smoke shop to conduct the search.

Cannabis cultivation equipment and a four-figure sum of cash were seized from the residential property. Police also found a ‘substantial quantity of suspected cannabis’, along with e-liquid said to contain ’90 percent THC’.

Inspector Robin Loveridge told Plymouth Live that the operation was instigated after a lab analysed ‘herbal material’ recovered by police following a theft at the store.

“It came back as positive for THC – we don’t look at percentages with regard to cannabis. In effect, it is a class B drug and our view was we have to investigate this as the suspected selling of a class B drug.

“We went to our force legal department for advice and looked at the Home Office guidelines on the matter.

“Officer from the neighbourhood team went to the store and spoke to the proprietor. He has produced a certificate which we passed to our force legal department.

“Home Office guidelines show that you have to have certain licences to grow cannabis. There are no licences to sell cannabis to the public.”

Detective Pablo Beckhurst who is leading the investigation said that any substance containing any level of THC is illegal under the Misuse of Drugs Act.

“A proportion of THC under the frequently mentioned 0.2 limit may justify an application for a licence to use the items in a commercial production sense – eg for the production of hemp fibre – but that is wholly different from saying you can possess or sell it as it has THC of under 0.2 percent.”