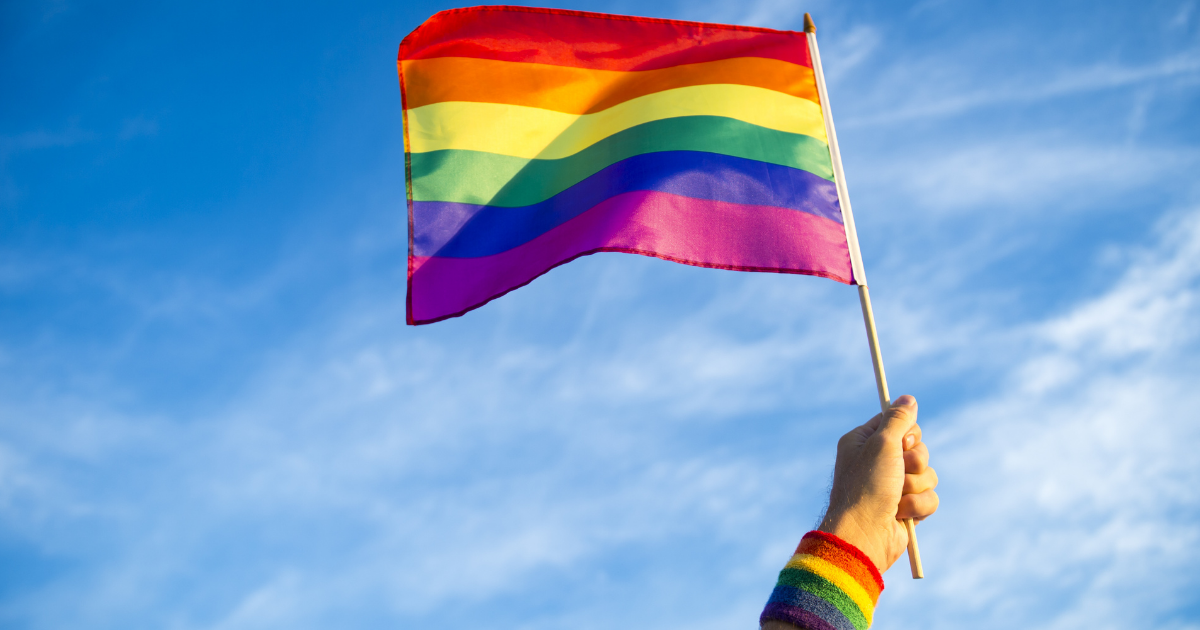 June is gay pride month. As the UK celebrates with parades and events, we look at the history of LGBT+ cannabis activism at the height of the AIDS crisis.

The gay community fought for access to medical cannabis at the height of the AIDS crisis in the 1980s.

The first diagnosis of what was then referred to as Gay-Related Immuno Deficiency Disease (GRIDS) came as health care workers began to see an increase in rare cancers and diseases in young gay men. It was later referred to as acquired immunodeficiency syndrome (AIDS).

HIV (Human Immunodeficiency Disease) is a virus that attacks the cells that help the body fight infection. This makes the person vulnerable to diseases or infection. It is spread through the bodily fluids of a person with HIV through unprotected sex, blood, or sharing needles.

A person living with HIV is considered to have AIDs if their CD4 cell count falls below 200 per cubic millimetre of blood or they develop an opportunistic infection despite a good CD4 count.

Anti-retroviral drug Azidothymidine (AZT) was one of the only medications available in 1987. It was originally developed for cancer treatment in the 1960s but failed to work during tests.

The side effects could be intense, with reports of skin peeling, nausea, severe intestinal issues and extreme tiredness. AIDs patients suffered from different opportunistic diseases which meant no one could be sure if AZT was working.

The community turned to cannabis to help deal with the symptoms and side effects of AZT such as neuropathic pain, which is where the exterior sheath covering nerve cells is stripped away exposing nerve endings causing intense pain. It helped mental health distress such as depression and anxiety brought on by the diagnosis.

In the late 80s and early 90s, doctors started to prescribe Marinol which contains a synthetic form of tetrahydrocannabinol.

Denis Peron opened the first medicinal cannabis dispensary after his partner, Johnathon West, was diagnosed. Peron was arrested following a raid at his home in San Francisco but later released after West testified on his behalf. Johnathon passed away from the disease in 1990.

Following the raid, Peron went on to set up the Cannabis Buyers Club where he sold cannabis to HIV/AIDs sufferers to ease their symptoms.

Buyers clubs were originally set up to provide prescription drugs to patients that were not approved by the FDA. They provided as many as 112 different chemicals that slowed the progression, killed cells, and helped with liver damage caused by medication.

The club proved to be so successful that it moved to a warehouse in 1995 to accommodate 11,000 patients – half of which were suffering from AIDS.

To gain entry you needed to have an ID and a doctor’s note to confirm your illness, but Peron gave away cannabis to the poor and cancer, glaucoma, or arthritis patients.

The club offered a range of smokables, tinctures, topicals, and edibles but refused to offer a delivery service. It was eventually raided in 1996 and shut down.

Peron went on to draft and organise support for California proposition 215 which exempts medical marijuana users and carers from prosecution. He died in San Francisco in 2018.

Mary Rathbun was often described as the Florence Nightingale of Medicinal marijuana. She was nicknamed ‘Brownie Mary’ as she made brownies for AIDS patients that she saw during her time as a volunteer at San Francisco General Hospital. She made little money as she used any profit to buy ingredients.

She was arrested 3 times and by 1984 was baking up to 600 brownies a day. Mary referred to the AIDS patients that she cared for as ‘her kids.’

“When and if they legalise it, I’ll sell my brownie recipe to Betty Crocker or Duncan Hines and take the profits and buy an old Victorian for my kids with AIDS.”

Cannabis and the community today

Today there is an increased acceptance of cannabis alongside marriage equality and increased visibilty of LGBT+ people. It can be tempting to think that activism is no longer needed.

However recent reports show that members of the LGBT+ community are more likely to die by suicide than heterosexual people. Social stigma, lack of access to mental health support, bullying, and discrimination may make the symptoms of depression and anxiety worse among gay or transgender people.

There are also still 69 countries where it is illegal to be gay while the World Health Organization only declassified homosexuality as a mental disorder in 1990.

Cannabis continues to go mainstream with increasing involvement from large brands, corporations, and finance making it difficult for independent or small brands to compete. How long will marginalised groups be able to remain an active part of a community which can struggle to be diverse?

Speaking to The CANNAVIST, Drag Race star, and cannabis activist, Laganja Estranga said the industry needs to be more inclusive.

“This is the first year I really feel like I’m making waves in the community. People are hearing me, they are telling me the story of homophobia as unfortunately the industry is run by straight white men who don’t smoke themselves or have any relation to the plant but they are businessmen.

“I feel the culture of cannabis has shifted. I see a lot of sexism, women not being regarded positively even though there are tons of female-owned businesses.”

“I think the industry could be more inclusive by first and foremost creating safe spaces. Obviously, this is difficult with legislation.

“We have our first cannabis café in California and it is my hope that when more of those start to pop up that there are special ones that are just for our community.

“Not just as a nightclub but as a community centre during the day so it can become more than just people medicating. It can also become a safe space for people to belong.”