Home » Blog » Med Cann » Karen Gray: “If doctors can prescribe for two children then the rest should receive the same” 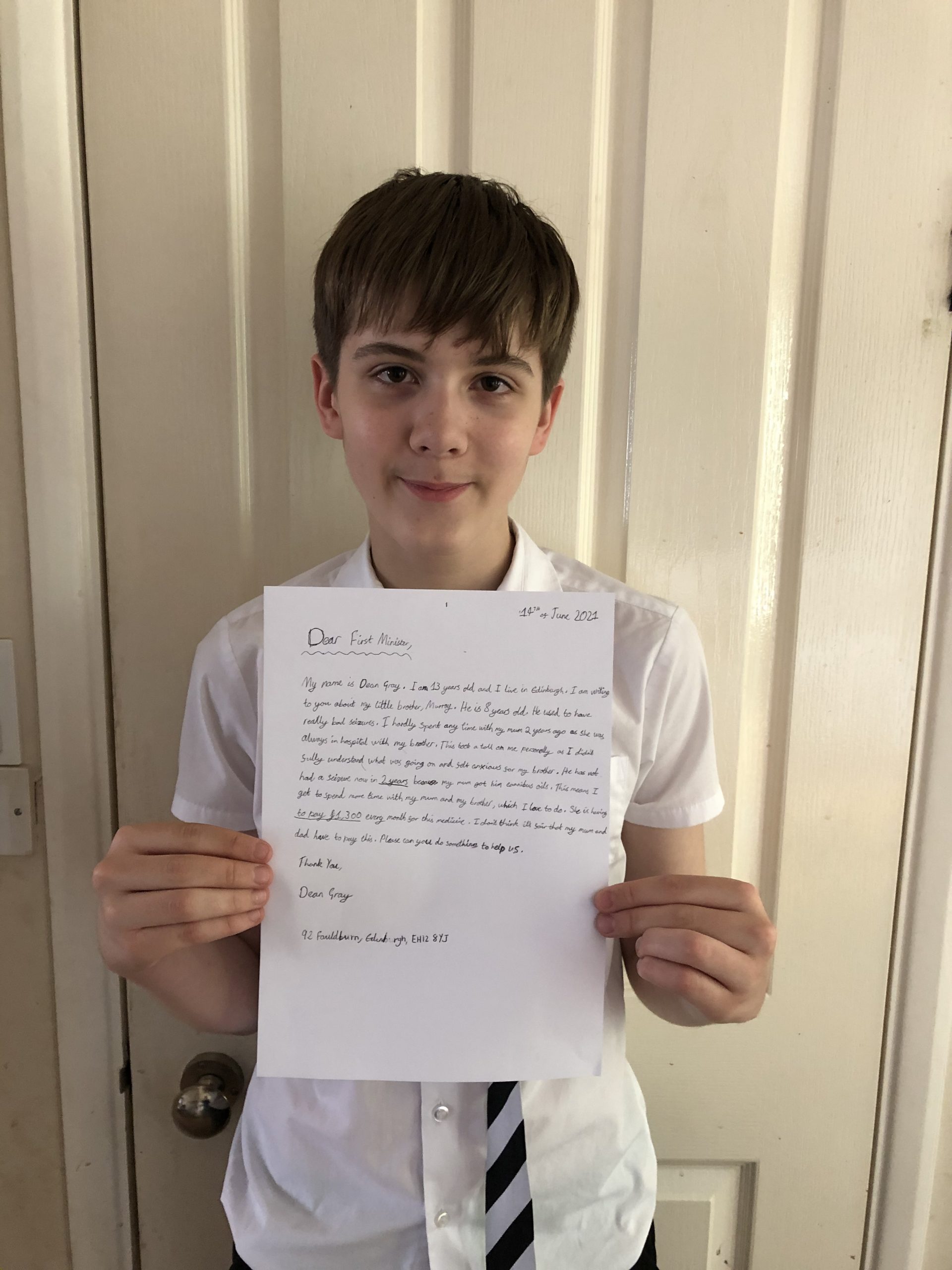 Karen Gray: “If doctors can prescribe for two children then the rest should receive the same”

Dean Gray wrote to Scotland’s First Minister in June to ask for help with the costs of brother Murray’s Bedrolite prescription.

However, Sturgeon responded that ‘stronger evidence’ to back medical cannabis was needed before the government could step in.

Karen is now preparing her written response to the First Minister, where she will explain that Murray already has a specialist paediatric neurologist writing his prescription.

She told The CANNAVIST:

“[I’m going] to explain that there are already two children in the UK receiving an NHS prescription for the very same oils.

“If doctors or the government can prescribe for two children then the rest of the children should receive the same.”

Murray suffers from Doose Syndrome which can cause multiple seizures a day. However, he has not had a seizure in the two years since he started taking Bedrolite.

The medicine is imported from the Netherlands at a cost of £1,300 per month and is not available on the NHS.

There are currently only three cannabis-based medications licensed in the UK by the MHRA, including Sativex, Nabilone and Epidyolex.

Murray was taking Epidyolex before switching to Bedrolite after the CBD medicine stopped working for him.

Seeing his brother respond so well to Bedrolite prompted Dean to write the letter asking for financial support for the family.

Read More: ‘When the fundraising ends but the medical cannabis costs grow’