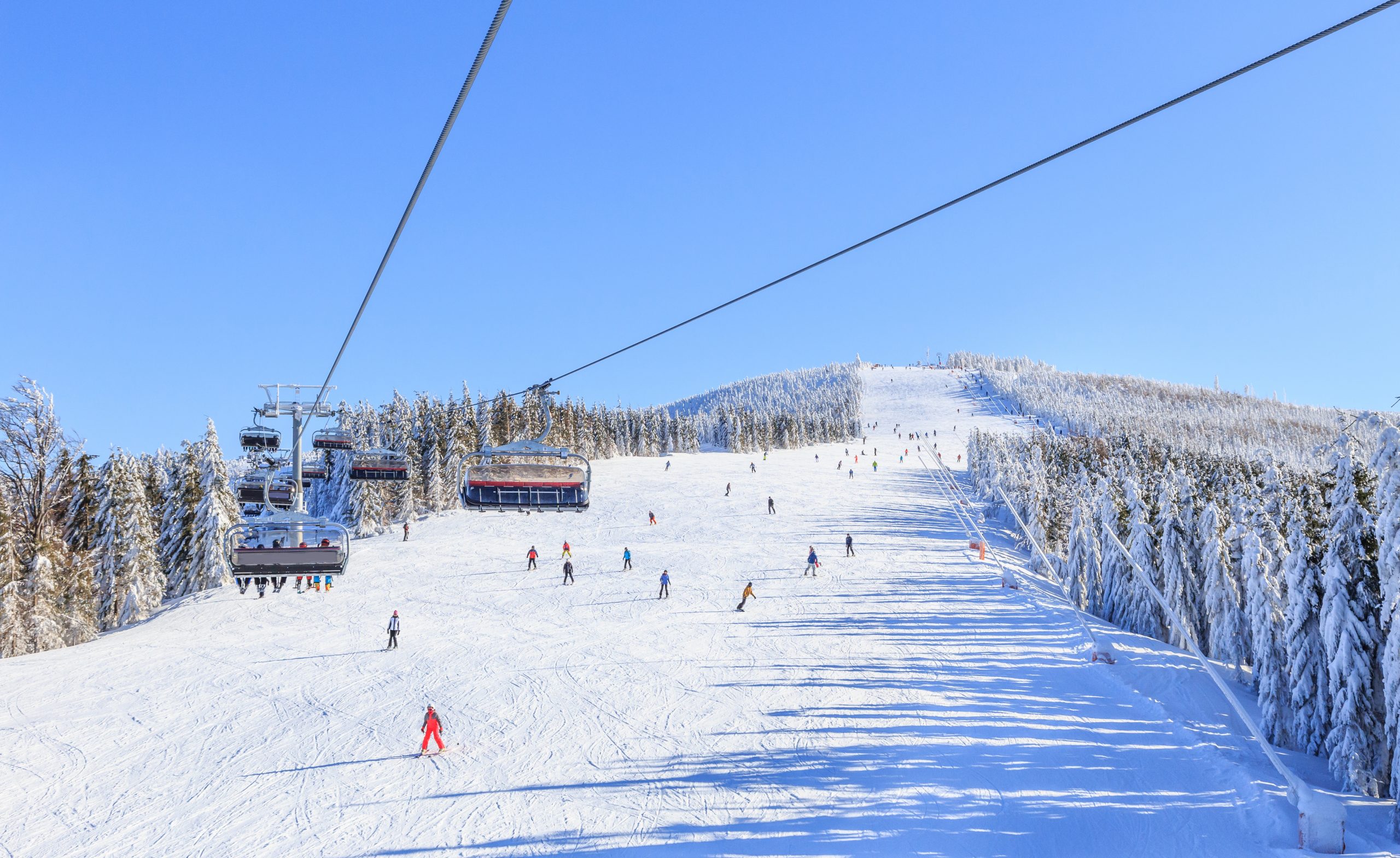 Jessica Smith is a 51-year-old mother, wife and public relations specialist. Married to husband Neil, Jessica lives with her large family in London and together, they enjoy an active lifestyle.

That was, at least, until an injury which resulted in chronic nerve pain for Jessica in 2017. The Smiths took a winter ski break in Switzerland that year – the snowy paradise kind of trip you remember forever. It turned out to be an unforgettable vacation, like no other.

In an attempt to keep up with her sons on the slopes, who Jessica says had surpassed her own ski skills by this point, she had an accident on ice, which knocked her in every sense of the word. She describes ‘seeing stars, literally’ when she came around.

“I remember at the time, my neck flicking backwards and really smacking my head on the ice,” she tells, giving a play-by-play of the incident that changed everything.

“I lay there for a minute terrified that I had broken something. I was literally seeing stars and my ears were ringing.

“In the ridiculous way that you do when you fall, I pulled myself up as soon as I could, desperate to find out if I was still in one piece and I could move everything.”

For the rest of that trip, Jessica played it safe and stayed off the slopes. She recalls feeling stiff and sore but says that by the time she flew home, her symptoms had improved to the point where she was no longer concerned about there being any serious damage.

Maybe she got lucky? Maybe she landed just the right way? Maybe the snow broke the fall? Jessica says she felt pretty much ‘normal’ and carried on with life as usual for the months that followed.

Six months after her fall, Jessica found herself waking up at 2am with what she describes as a ‘deep, aching pain’ in her neck, not the kind you get from sleeping on a wonky pillow.

She soon discovered the pain would creep down her left side, and that it would wake her at precisely that time most nights, resulting in a disrupted daytime routine, an inability to stay as active as she liked, and low mood.

Anyone who has experienced nerve pain will know just how awful it can be. Like most of us would in her situation, Jessica turned to painkillers and steroid injections, but she knew neither was a viable solution for the pain, or her overall wellbeing.

“I was grumpy and miserable. It definitely affects you. You become quite withdrawn, because when you are in pain, your toleration in dealing with your family is not as good.”

The PR director explains how reliant she became on over-the-counter painkillers.

“I was consuming a lot of over-the-counter painkillers… I was probably going through a good pack a week. I was conscious that this was not a sustainable thing I was doing. And I also know that if you take too many pain meds like that, they stop working. And that in itself becomes a syndrome that you can get headaches from if you are abusing normal pain meds.”

Husband Neil, a retired banker, embarked on his second career in the cannabis industry three years ago. He suggested medical cannabis to his wife. At first, Jessica wasn’t keen on going down the cannabis path.

“At this stage, I had no interest whatsoever. I’ve never been a recreational cannabis smoker.”

It wasn’t until she had a conversation with a pain management specialist who had taken to prescribing medical cannabis that Jessica considered this new option.

Dr Anthony Ordman is a pain doctor held in high esteem across London and beyond. Dr Ordman founded the Royal Free’s Pain Management Service in 1997, which included the highly-regarded Chronic Pain Clinic with a specialist multidisciplinary team designed to help patients like Jessica with pain, and the associated difficulties it can bring. He also set up the Royal Free Hospital’s Acute Pain Service to help those suffering with post-surgical and trauma pain. Jessica says knowing he was a clinician at Integro Clinic put her mind at ease and encouraged her to give cannabis a chance.

“I knew that Dr Anthony Ordman was a very fine doctor and he was at Integro Clinic. I had a chat with him about it and he said, ‘Yeah, absolutely,’ as soon as he saw my MRIs.

“He knew my spinal consultant, and he also knew the pain consultant who had been injecting me with steroids. I felt very confident once I had discussed it with him, that this was certainly worth trying. And I totally did it as an empirical experiment.

“And actually, very much to my surprise, it worked sooner than I had expected. What was really most interesting was how it helped nerve pain.”

These days, Jessica manages her pain in a healthy way, without reaching for painkillers. She jogs, weight trains, runs a busy household and works. While she can’t push her body to the limits she perhaps could have before the accident, she has truly found the meaning to a phrase we all know, but perhaps don’t often practice, ‘listen to your body.’

“I see absolutely no downside to taking cannabis oil”

For Jessica, subscribing to medical cannabis means she has a viable, long-term way to manage her pain. She says unlike relying on traditional pain medicines, she can safely carry on taking a carefully measured ratio of CBD:THC oil without any side effects.

“From where I am at the moment, I can just carry on taking the oil, and I have no side effects with it, other than it helps the pain. I’m generally, I would say, more relaxed. It helps with sleep, and I know that when you sleep better, your perception of pain is less because you’re not fatigued. You’re less grumpy.

“I actually I don’t see any downsides to it. And it’s wonderful that I no longer take painkillers. Anything in preference to that! I see absolutely no downside to taking cannabis oil. And I don’t feel ‘stoned’ afterwards. I have no reaction to it other than the fact it helps my pain.”

Curious to see if you could be eligible for a medical cannabis prescription? Use our map to find your nearest clinic!