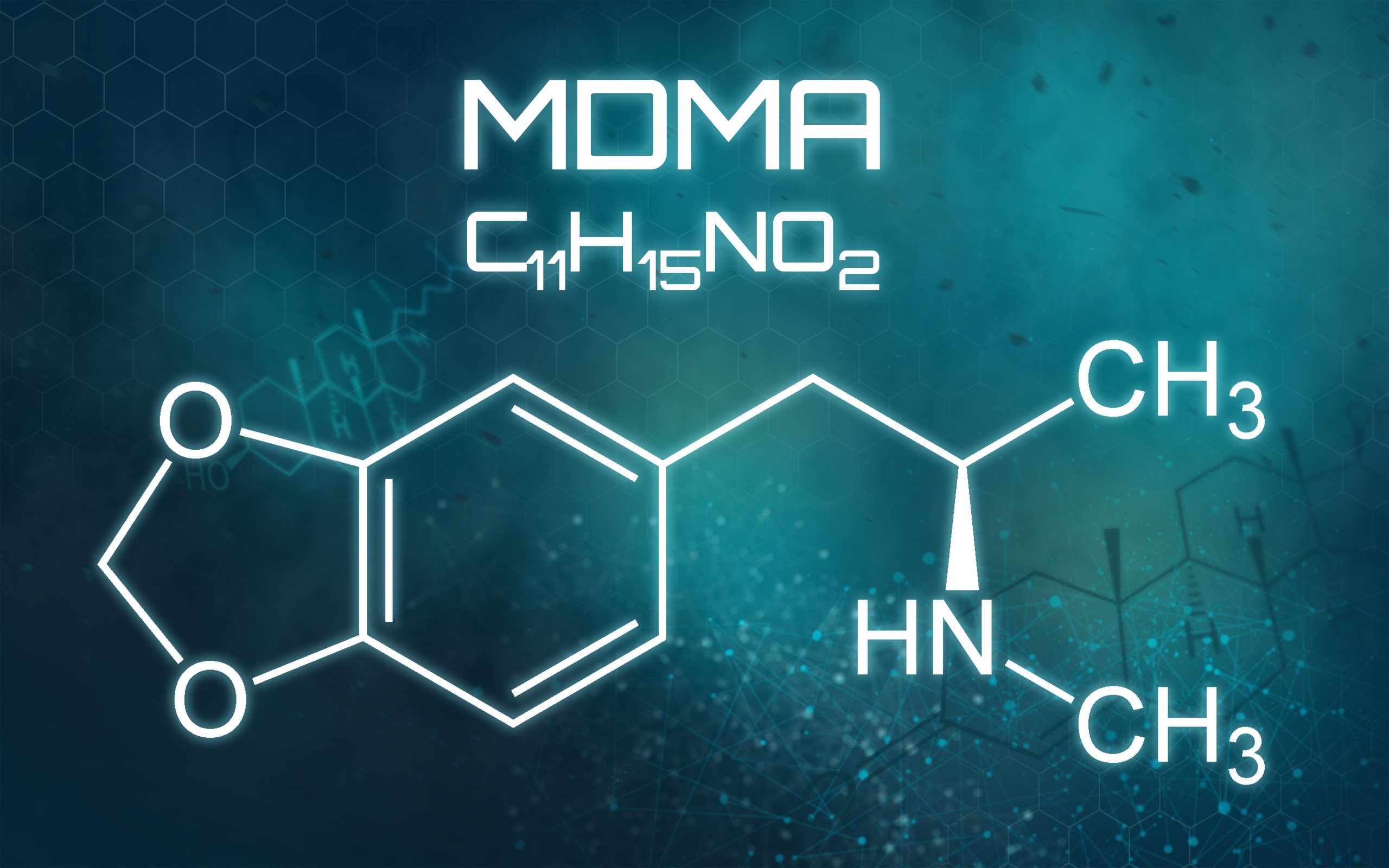 There’s been a lot of hype lately about the role psychedelics could play in transforming mental health.

MDMA is not a ‘classical psychedelic’ like psilocybin but it but it may offer similar benefits.

So what exactly is MDMA and how might an approved MDMA medicine help people overcome their mental health issues?

MDMA is the principle psychotropic substance found in ecstasy – a Class A drug popularised by 90s rave culture.

The drug is known to lower inhibitions and enhance feelings of empathy.

An inquest would later conclude that her death was not caused by ecstasy itself but by the seven litres of water she consumed in less than 90 minutes.

However, some experts believe that illegal ecstasy tablets are now stronger than they have ever been.

In 2017, the FDA declared MDMA-assisted psychotherapy was a ‘Breakthrough Therapy’ for post-traumatic stress disorder (PTSD).

This status is designed to help speed up the development of a drug that has shown clinical potential for treating a serious condition substantially better than currently-available treatments.

This designation paved the way for exciting research by US charity the Multidisciplinary Association for Psychedelic Studies (MAPS).

In this landmark trial, 91 people who had suffered from PTSD for an average of 14 years were self-selected to undergo the treatment.

After three sessions of MDMA-assisted therapy over the course of 18 weeks, 88% reported a “meaningful reduction” in PTSD symptoms while 67% no longer qualified for PTSD diagnosis.

The MAPS researchers suggest that flooding the brain with serotonin while dampening the fear response could allow patients to overcome their PTSD without feeling overwhelmed.

Guy Goodwin, a professor of psychiatry at the University of Oxford, said:

“[This research] adds to the growing conviction that drugs producing psychedelic effects have real potential in the treatment of severe mood and anxiety disorders”.

Patients were enrolled on an 8-week course of therapy and received two sessions, each with a 187.5 mg dose of pharmaceutical-grade MDMA.

Results from a safety and tolerability study published in February found that the drug was well-tolerated and no adverse effects were reported.

“This is the first clinical study into the potential effectiveness of MDMA-Assisted Psychotherapy as a treatment for Alcohol Use Disorder. It provides preliminary support for the safety and tolerability of MDMA post-detox.

CBD and Alzheimer’s disease: What does the science say?
TH-Sea: Could cannabis calm cooking crustaceans?
Advertisement