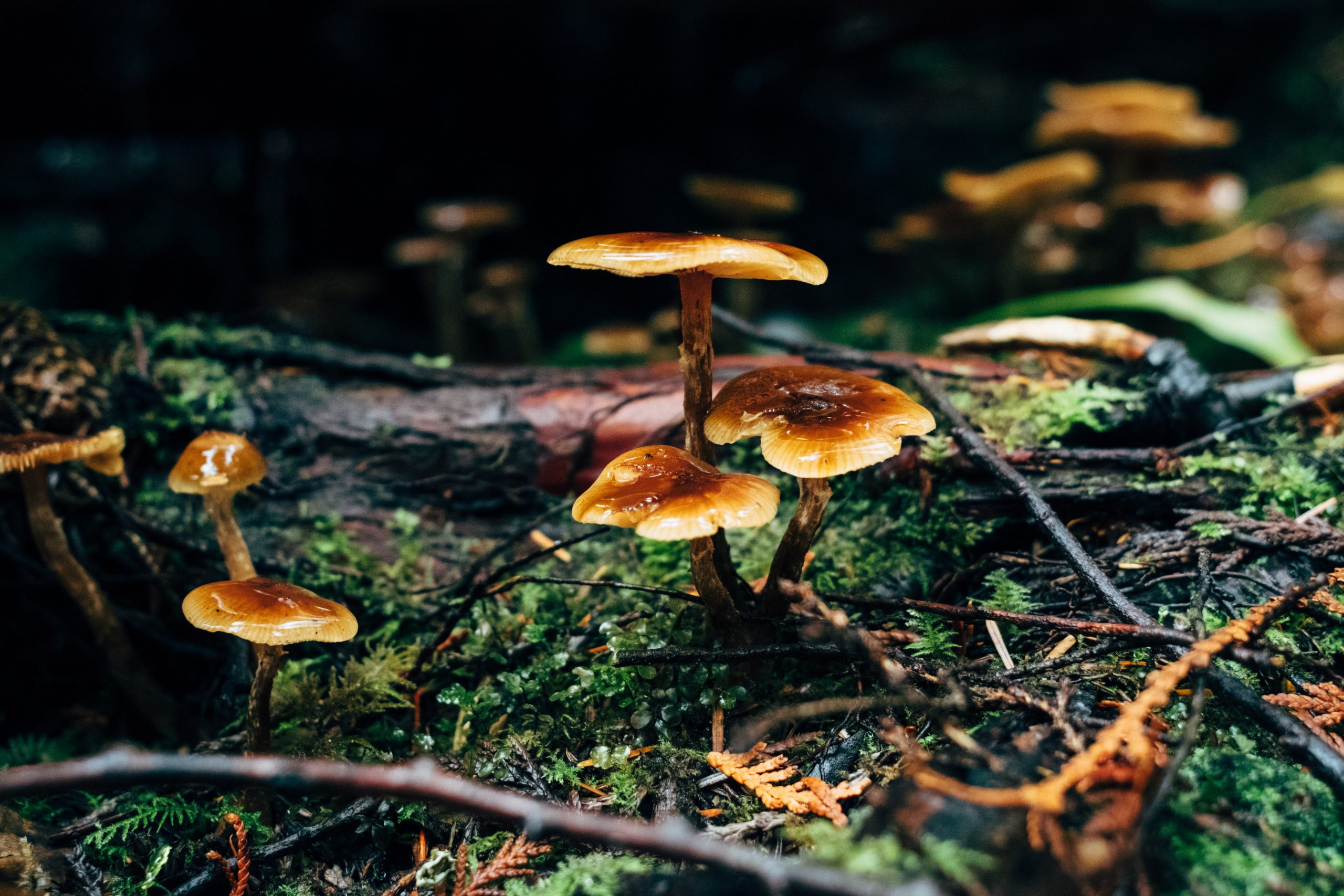 The growing acceptance of cannabis as medicine has helped to pave the way for a medicinal psychedelics revolution.

Among the substances being explored by researchers in the UK and US in psilocybin – a hallucinogenic compound found in more than 200 species of magic mushroom.

Magic mushrooms have been have been used for spiritual and recreational purposes for thousands of years and now, after a few false starts, psilocybin is being taken seriously as a potential medicine.

Psilocybin is a psychedelic tryptamine. These substances produce profound changes in sensory perception, mood and thought in humans.

After psilocybin is injested, it metabolises to psilocin, binding to the 5-HT2A receptor of the brain, inducing what is commonly known as a ‘trip’.

The effects of psilocybin can vary considerably from person to person, and are often heavily influenced by ‘set and setting‘ – where and with whom the drug is consumed and the state of mind of the person at the time.

The FDA in the US has designated two psilocybin treatments ‘Breakthrough Therapy‘ status for major depressive disorder (MDD).

This status is designed to help speed up the development of a drug that has shown clinical potential for treating a serious condition substantially better than currently-available treatments.

Usona Institut received its designation in November this year, with the Phase 2 trial set to be completed by early 2021.

“What is truly groundbreaking is FDA’s rightful acknowledgement that MDD, not just the much smaller treatment-resistant depression population, represents an unmet medical need and that the available data suggest that psilocybin may offer a substantial clinical improvement over existing therapies.”

The UK’s first psychedelic-assisted therapy clinic is set to open in Bristol in the New Year.

AWAKN also plans to open a London clinic later in 2021.

“We look forward to the day these drugs are fully approved as medicines to be delivered to patients outside of research studies.

“But at present they can only be used as research trial drugs.

“So we plan to also run from our clinic small research trials, which will mean we can be using MDMA and psilocybin in a research setting out of our building in Bristol.”

What are the risks?

According to a 2010 evidence review in the journal Regulatory Toxicology and Pharmacology, only two cases of individuals overdosing on magic mushrooms without concurrent use of other drugs have been reported in the available scientific literature.

But while psilocybin mushrooms are low in toxicity, they can present a psychological risk to those with pre-existing mental health conditions outside of a clinical environment.

And even otherwise healthy individuals can experience a ‘bad trip’ which can last for hours if untreated.

In 2017, Dr Robin Carhart-Harris, head of psychedelic research at Imperial College London, warned: “[Magic mushrooms] make you psychologically vulnerable and you need the capacity to make sense of the experience.”

What the law says

Magic mushrooms and psilocybin itself are Class A drugs under the UK’s Misuse of Drugs Act, alongside their synthetic cousin LSD, as well as cocaine, MDMA and heroin.

Those caught in possession of either substance can face a penalty of up to seven years in prison, an unlimited fine, or both.

Cancel reply
CBD and pregnancy: What does the science say?
Feeling stressed? Can CBD help us stress less in 2021?