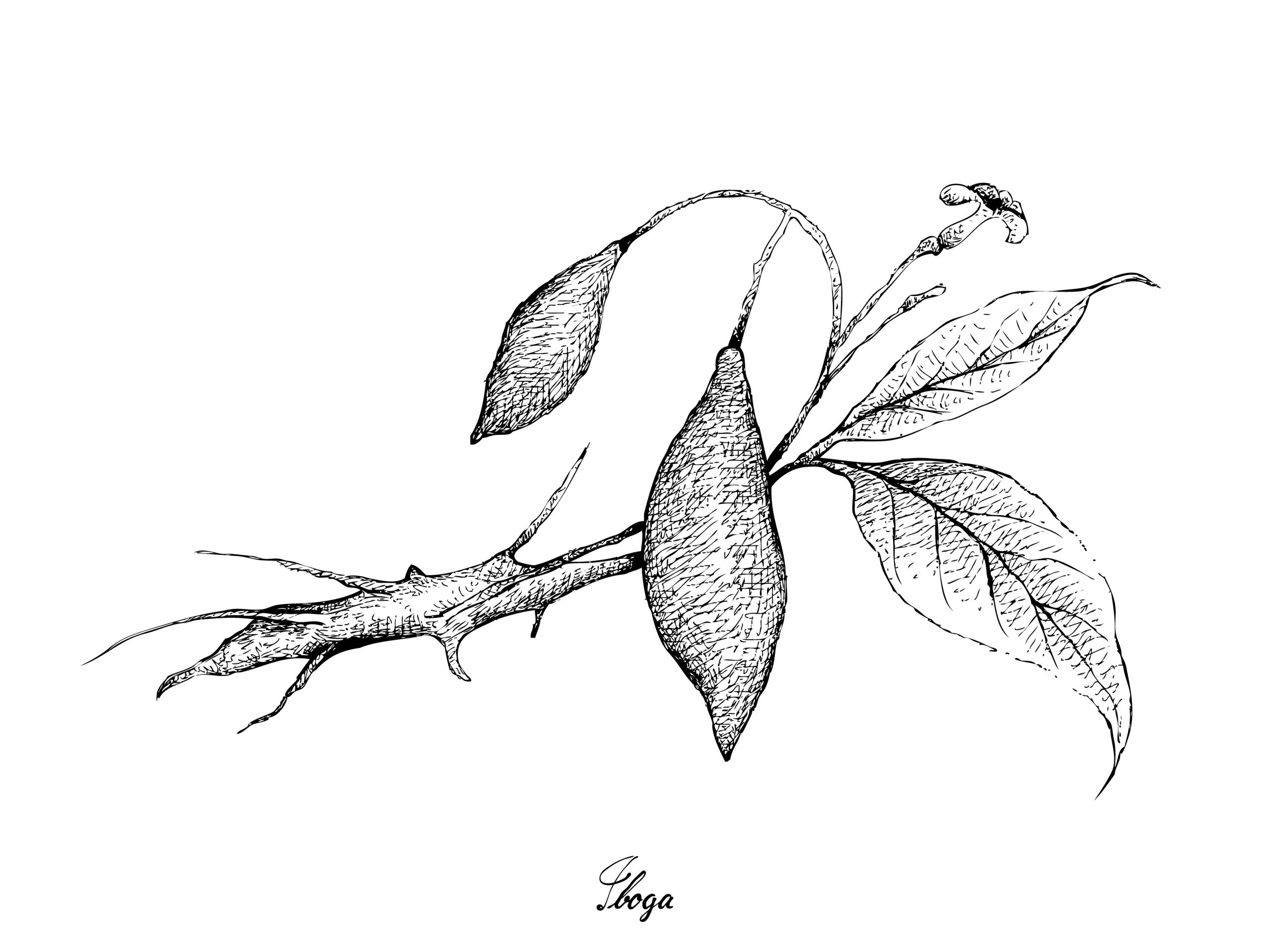 Ibogaine may be less well-known than psilocybin in magic mushrooms – it’s certainly harder to come by.

But ibogaine is considered to be one of the most promising substances being explored by the psychedelic research community.

Ibogaine is extracted from the root bark of the Iboga tree: a rainforest shrub native to West Africa.

The psychoactivity of iboga root was discovered by Pygmy tribes of Central Africa. It was eventually brought to France by explorers, where it was marketed as Lambarene, which was ‘indicated in cases of depression, asthenia, in convalescence, infectious disease, [and] greater than normal physical or mental efforts by healthy individuals.’

Ibogaine-containing preparations of the iboga root continue to be used among practitioners of the spiritual traditions of the Bwiti for medical and ritualistic purposes.

What does ibogaine do?

Ibogaine has shown promise as a treatment for opioid addiction and the alleviation of opioid withdrawal symptoms.

The first is a ‘visionary’ phase which lasts four to six hours. This is often compared to being in a lucid dream state, and anecdotal reports describe revisiting life events that led the person to become addicted to drugs.

In the introspective phase (8-20 hours), ibogaine’s therapeutic effect is said to empower the individuals understand and then confront and overcome the thoughts and fears that lead to and trigger their addiction.

During the residual stimulation phase (24-72 hours), the individual returns to the external environment where they start to plan out how to integrate the learned experience into their lives ahead and stay free from drugs.

American scientist Harold Lostof conducted the first research into the use of ibogaine for heroin and cocaine addiction in 1962. The drug would eventually be patented for treating heroin addiction in 1985 after psychedelic research had been stunted for political reasons in the preceding decades.

Despite its promise, we are only now seeing the wider pharmaceutical and medical communities get on board, perhaps thanks to the ongoing crisis of America’s opioid epidemic.

In March, US pharmaceutical development company DemeRX received approval from the UK’s Medicines and Healthcare Regulatory Agency (MHRA) to begin enrolment for a Phase 1/2a clinical trial of its ibogaine drug, DMX-1002.

Phase 1 portion of the trial will be conducted at MAC Clinical Research in Manchester. This will evaluate the safety and potential adverse effects of DMX-1002.

The MHRA will then review the human safety data and non-clinical study results before giving the go ahead to conduct trials on opioid-dependent patients.

“Current treatment options are not highly effective; approximately 75% of patients undergoing OUD [Opioid Use Disorder] therapy experience relapse within one year of treatment.

“This approval allows DemeRx to initiate this well-designed protocol to advance our understanding of how DMX-1002 may provide patients with a potentially transformative therapy, where currently the industry has developed few treatment solutions.”

What does the law say?

Ibogaine is not specified by name in the UK’s Misuse of Drugs Act. However, the Psychoactive Substances Act of 2016 made it a criminal offence to import, export, produce, or supply any substance that ‘is capable of producing a psychoactive effect in a person who consumes it.’