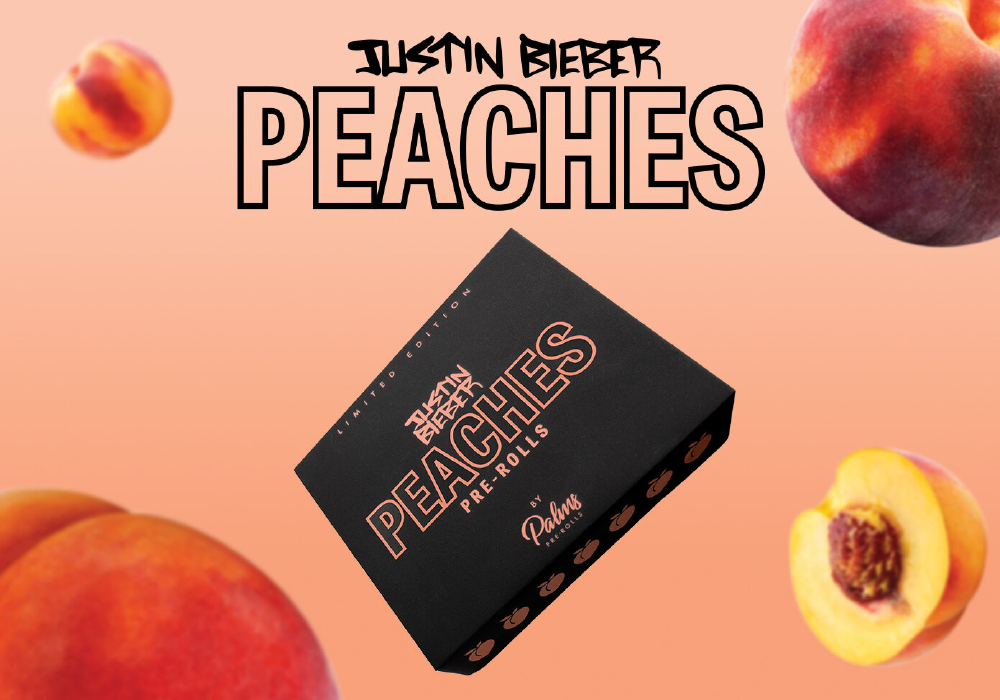 Superstar musician Justin Bieber has launched his own limited-edition range of cannabis products, pledging some of the proceeds to non-profit charities.

The name hails back to his smash hit single and celebrates his most recently released album ‘Justice’.

The two-time Grammy award winner shared his admiration of Palms, praising them for making marijuana ‘approachable’ and helping to destigmatise it.

Hoping to start a serious conversation about mental health issues, the partnership wants to shed light on the potential positive impacts of cannabis.

Palms co-founder Noah Annes said he was struck by Justin Bieber’s ‘vulnerability’ and ‘openness’, highlighting that he wanted the multi-platinum winning artist to spearhead Palms’ first ever collaboration.

“With Justin’s help shining the spotlight on these important topics, we hope to inspire others to talk more freely about both mental health and cannabis consumption.”

The Peaches brand has also pledged its support for non-profit charities such as ‘Last Prisoner Project’ and ‘Veterans Walk and Talk’, which both advocate for cannabis and fight against America’s ‘unjust’ approach to drug policy.